I started collecting press photos about demonstrations. I painted some figures from these photos and numbered them on the painting. Similarly to the Now/Was series, I completed the figure picture with another canvas where the leftover or surplus paint went instead of the painting cloth. At these pictures, however, each figure has its own footnote so the numbers also appear on the bigger canvas. To me what matters is not the demonstration itself but rather the people. Therefore, I didn’t depict the demonstration’s toolkit (violin, boards etc.) although their lack can be perceived. I’m particularly interested in the intrinsic motivation of the participants. The complex process which varies from person to person and appears in an abstract form in the Footnote: each number shows someone’s personal opinion, their will, mood, family background and everything that motivates them to go and represent themselves. At the same time, it’s also an experiment to see whether a figure picture can appear in an abstract form and what kind of effect it has on one another. In the Now/Is series I’d like to portray and highlight the invisible stages of the painting process which are part of it but cannot be seen on the picture in progress. So the brush strokes on the complementary footnote, which would have originally ended up on the painting cloth, become a picture on their own and the haphazard movements – which are sometimes just compensatory actions – appear next to the picture. They are unavoidably connected and their incidental nature also changes. These are then those movements of the hand which wouldn’t be visible otherwise, but which constitute nonetheless an integral part of the image. 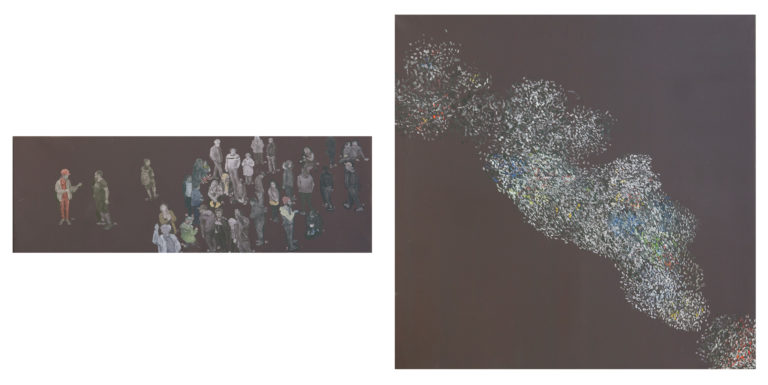 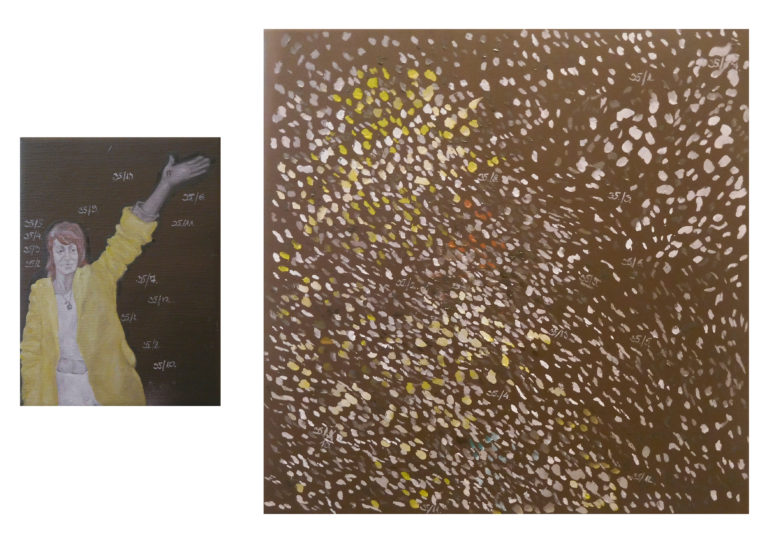 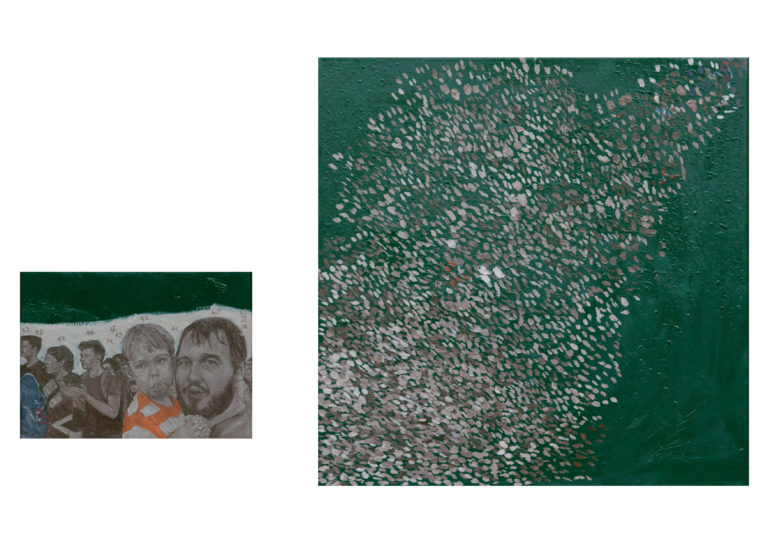 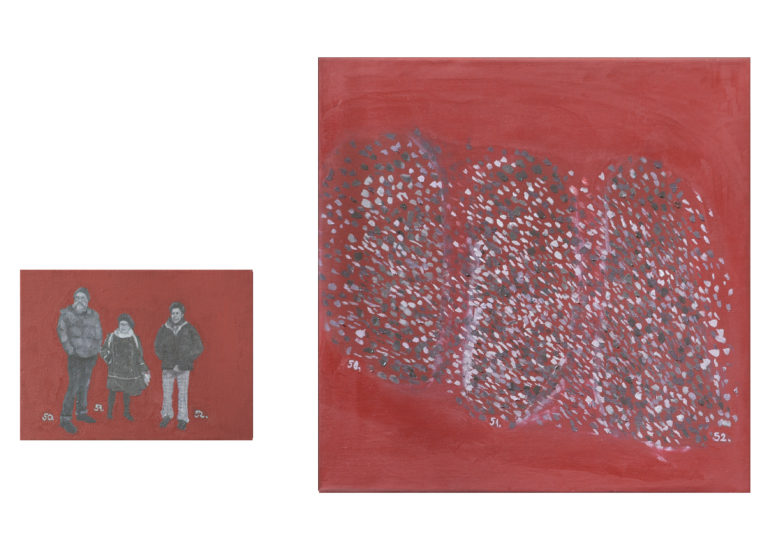 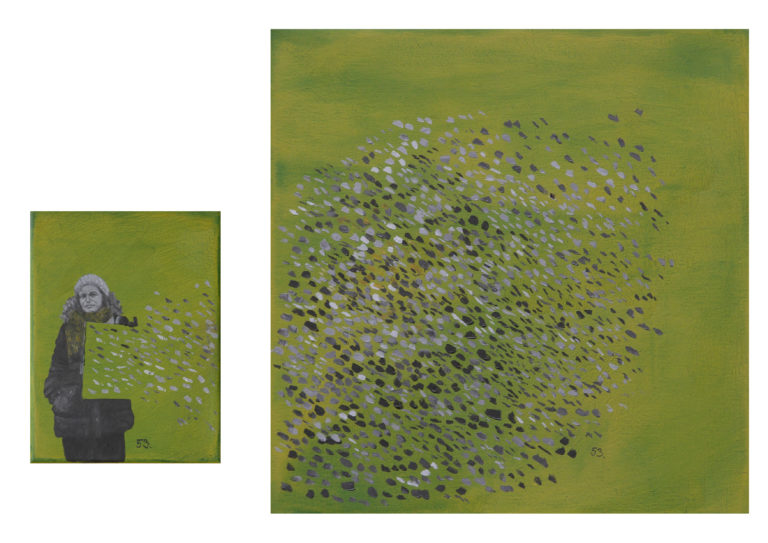 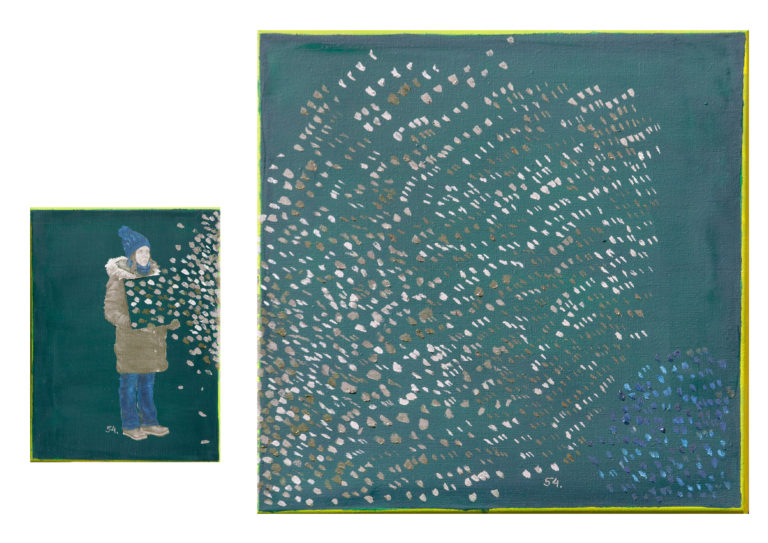 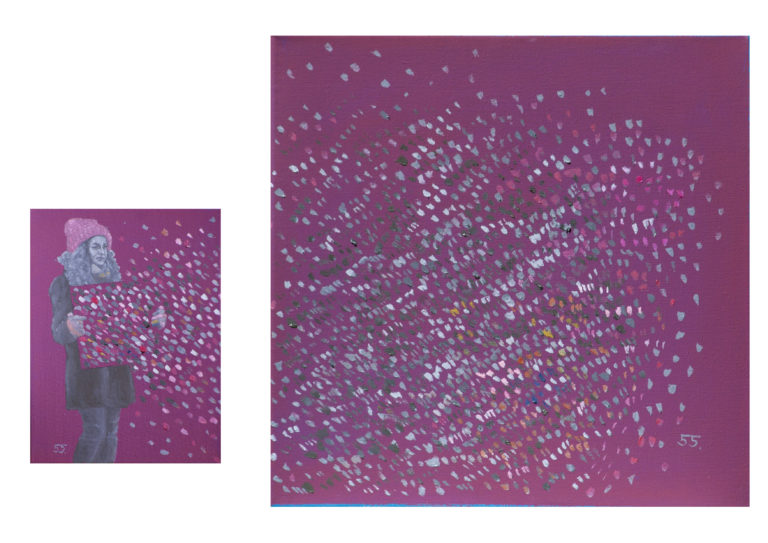 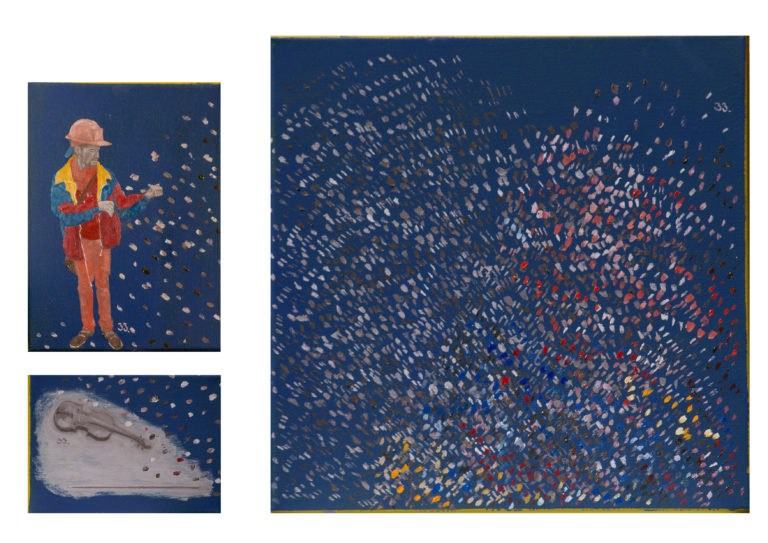 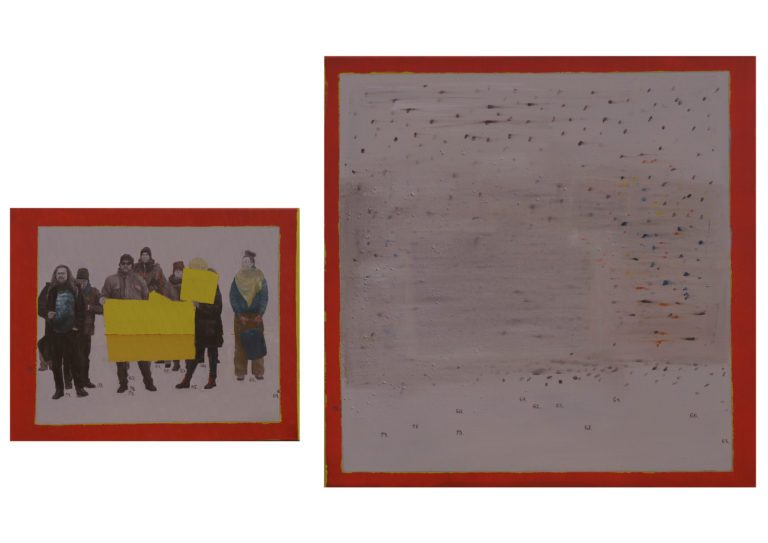